The Costa Blanca & Costa Cálida, where the winters are like spring in northern Europe.

The popular coasts of Alicante and Murcia provinces in southeast Spain, which tourist names are Costa Blanca and Costa Cálida, stretch from the coastal towns of Denia in the north to Aguilas in the south.

To the north of the city of Alicante, Costa Blanca North, are the popular tourist towns of Altea, Benidorm, Javea, Moraira, and many others, where northern Europeans come since the 1960’s, either as charter tourists or for passing the winter months in their own property.

The kilometre long white sandy beaches, which have given the name to Costa Blanca, the White Coast, are more frequent on the southern side of Alicante city, Costa Blanca South, than on Costa Blanca North.

From the town of Torrevieja and its neighbour, Orihuela Costa, and further south down to Mar Menor and La Manga on Costa Cálida, the Hot Coast, is the area which has been described by the World Health Organisation as having Europe’s healthiest climate, with over 320 days of sunshine a year and an average winter daytime temperature of 18 C, “the White Coast & the Hot Coast” offer the ideal climate for healthy year around living.

The bay of Albir and Altea.

Modern apartments with Spa to be constructed in superb location.

Modern apartments to be built in excellent location with superb…

A recently refurbished and well-presented corner apartment at the heart… 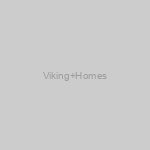